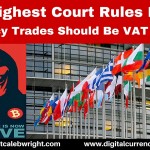 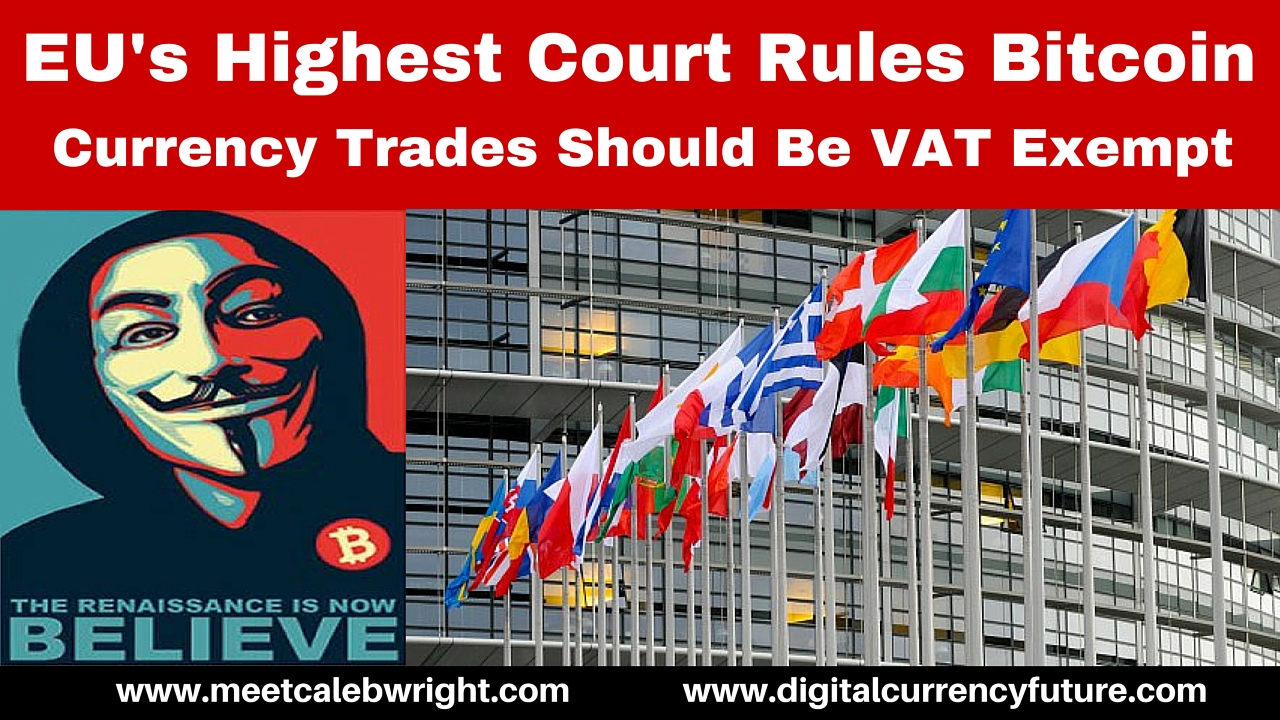 The highest court in Europe has laid down its’ recommendation regarding the regulation of Bitcoin and cryptocurrency.  The European Court of Justice ruled today that Bitcoin should be exempt from the Value Added Tax (VAT) in Europe.  The EU Court of Justice has been hearing the case for numerous months and has finally come to this recommendation.

The European Union Court of Justice stated that Bitcoin transactions “are exempt from VAT under the provision concerning transactions relating to currency, banknotes, and coins used as legal tender.” This case was held between the Swedish Tax Authority and the nation’s Revenue Law Commission. This case was opened due to a Swedish citizen who asked for further clarification regarding the VAT and Bitcoin.

This overarching ruling follows recent moves by European governments to make Bitcoin exempt from the VAT,  like the United Kingdom or Australia, for example.

The European Union has been investigating cryptocurrency for some time now. The European Central Bank (ECB) has previously published an eye-opening report that recognizes its fast growth. And with that in regard, the report titled: “Virtual Currency Schemes – A Further Analysis,” also contained 37-pages dedicated to the risk of Bitcoin and what it could be used for.

“Many schemes have appeared, and some have already disappeared again, but around 500 exist at the time of writing,” the EU report stated.

This landmark ruling made today in the EU comes just one month after the United States ruled Bitcoin to be classified and regulated as a commodity.

P.S. Want to learn how you can profit from the cryptocurrency revolution?  Check out our FREE Cryptocurrency Mini-Course, just click the following link:

0
0
0
0
0
Share with your friends
Submit
← What Is Cryptocurrency? The Value Of Bitcoin vs The Dollar
Sweden Cashless Society | World’s First Cashless Country →