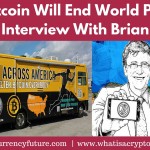 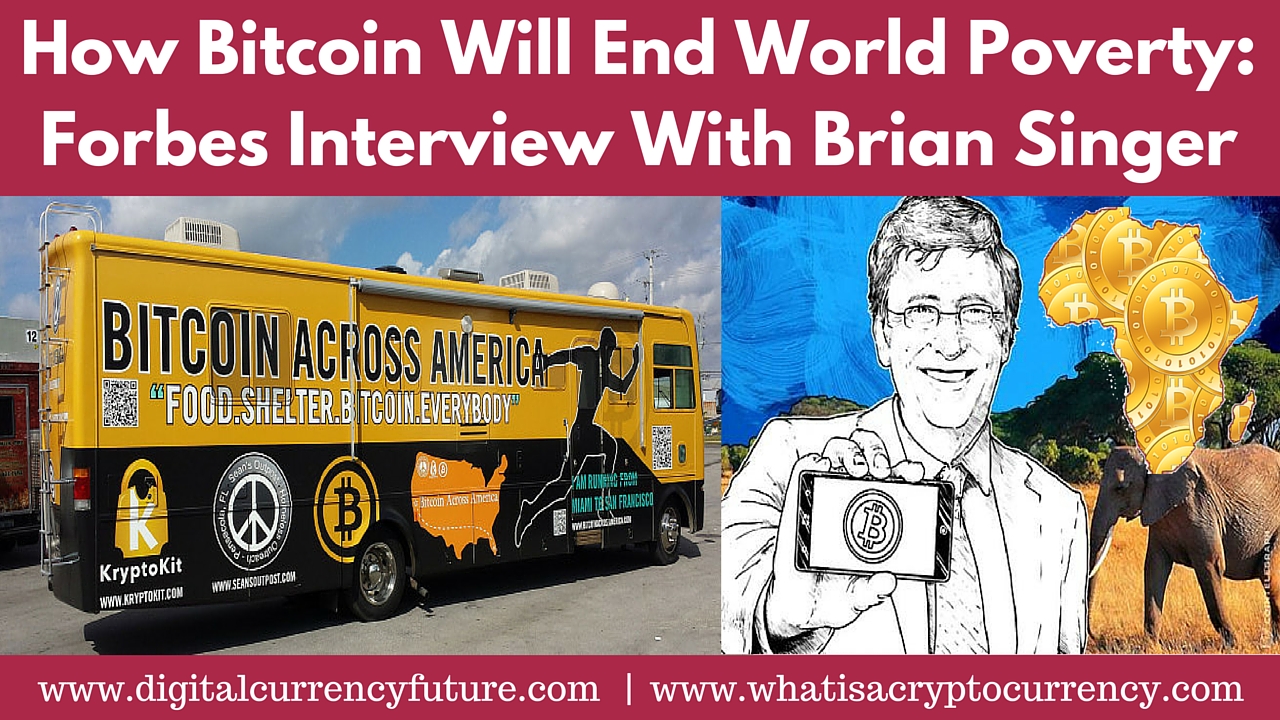 It all started when Bitcoin was invented in 2009.  Bitcoin created the cryptocurrency revolution.  Now it has the power to end world poverty by allowing easy access to financial services to the unbanked of the world.  And with the benefit of being a currency that does not have a value tied to the performance of a national economy, which makes it even more intriguing.  In the following interview, you will learn how cryptocurrency and blockchain technology is going to change the world of finance forever.

William Blair’s business partner Brian Singer explains how Bitcoin and the blockchain encryption technology the greatest potential to bring the world’s population out of poverty than anything we’ve seen in history.

FORBES: And is bitcoin the currency of the future? Or is it the payment system they’re developing?

FORBES: Well, for one thing, it’s a cheap payment system.

SINGER: We’re throwing them away, and they can ship them off to emerging markets. But what’s powerful about this, now think about Hernando de Soto.

SINGER: Okay. The Institute for Liberty and Democracy in Peru, I really think Hernando de Soto should win the Nobel prize for the work he’s done. I hope he does. But he’s going around the world and identified one of the most powerful things to the economy and the creation of wealth. And that is the ownership of property.

FORBES: Which you can then use as collateral.

SINGER: Which you can use as collateral, and when you own it, you will develop it. The best thing you can do for the environment is to own it. Because when you own it, you make sure it’s sustainable for your future family. And that’s powerful. But they don’t have the ability to own it. If you live in a shantytown, you operate outside of the legal economy. It’s not that you want to operate outside of the legal economy, but you have no ownership of any property.

FORBES: Although in the neighborhood, everyone knows who owns what.

It is so much more profound than that, but at its very basis, it has the ability to give these individuals the right of ownership to property. And that has more than anything else, the ability to bring them out of poverty. And I can’t wait. It’ll be adopted elsewhere. I mean, blockchain encryption is such a powerful tool. It’ll be used by banks, it’ll be used by credit card companies, it will become a standard. But what’s more interesting is what it can do to poverty around the world to eliminate poverty.

FORBES: Going for a sec on the eliminating poverty, but also, what does that mean, that technology mean for credit card companies and the whole payment system, crazy gobbledygook payment system we have today? Very expensive. Doesn’t that blow it away?

SINGER: When there was one manufacturer of phones in the U.S., the U.S. government, what did we have? This big clunky, rotary thing that sat on desks. Now, what do we have? Cell phones of all flavors, sizes. I can sit in Africa and on my cell phone, take courses at MIT because they’re public record. It’s absolutely astounding what happens when you can actually innovate around the world and compete.

SINGER: Right. Well, first, the fee is high. And then they reject the transaction because why is this card suddenly showing up in some city, someplace, where I don’t live? So it gets cut off. Well, with blockchain cryptography, the buyer and the seller automatically trust each other over an untrusted network. That’s what’s so powerful about it.

A blockchain-based transaction is verified within ten minutes. It’s not verified within ten minutes for a credit card, which is why 5% to 10% of all transactions are rejected on the spot. It’s not verified until often days later. Even a check is not verified for days. And that is completely taken out of the system. So on day one, on day one, the retailer’s sales go up because they don’t have to reject the transaction. And they save on the fees. It doesn’t really get much better than that if you’re looking for a disruptive innovation in any single industry. It’s wonderful.

And the power of the blockchain to revolutionize the world and end poverty is truly credible!  We are at a turning point in history when it comes to the mobility and function of money, thanks to the advancement of technology.  Have you done anything to move your money into cryptocurrency yet?  We are still at a point in time in the evolution where there are some serious income-generating opportunities for those who adopt the cryptocurrency industry early.  Use our site as a resource to help you learn how to get involved in the cryptocurrency industry!

Special Thanks to Forbes for this article. Please be sure to visit their website  http://www.forbes.com.

Want to learn how you can profit from the cryptocurrency revolution? Check out our FREE Crypto Mini-Course, click the following link to gain access:

Share this article with your network using the social media sharing buttons below!

0
0
0
0
0
Share with your friends
Submit
← Blockchain Explorer: The Best Way To Determine If A Cryptocurrency Is Real
Bitcoin’s Creator Satoshi Nakamoto Could Possibly Be This Obscure Australian Weirdo →